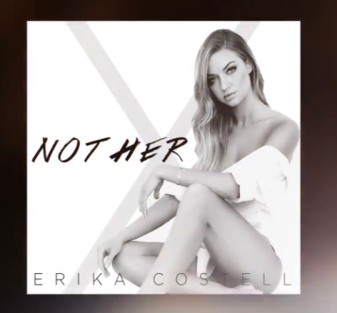 She really is the GOAT, right!?

Erika Costell has been teasing fans for a few weeks about her highly anticipated third single, and they finally found out when it’s theirs. ‘Not Her,’ will be out today on Apple Music, Spotify, and will also get a lyric video on Erika’s YouTube channel.

The singer gave fans a special behind the scenes look in a fourteen minute “behind the song” short documentary yesterday, and it was just as amazing as they thought it would be. During the short doc, Erika dropped deets on the new song and talked about starting it prior to the Team 10 tour in April. Joining Erika for the writing and recording of the new single were Brittany Burton and Harvey Mason, who also helped Erika with her second single, ‘Chitty Bang.’

While bringing fans exclusive previews of the song that’ll be dropping today, Harvey Mason revealed that Erika is currently working on her debut EP. Harvey described it as some of her “best work” and “can’t wait” for Erika’s fans to finally hear what she’s been writing and recording.

Erika’s new song, ‘Not Her,’ will be out at 12PM…so be on the look out on YouTube, Spotify, and Apple Music. In the meantime, watch the making of Erika’s new song below!