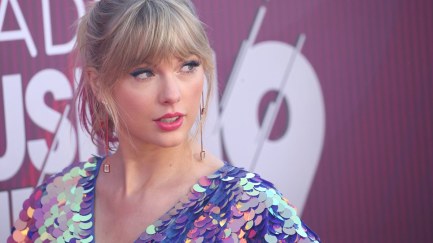 Swifties, get ready for the performance of a lifetime…

Taylor Swift is finally getting the recognition she deserves, and it’s all thanks the American Music Awards! The iconic singer will be honored with the “Artist of the Decade” awards at the 2019 award show, airing Sunday November 24th, after winning more AMAs than any other artist this decade. That’s not the only record she holds, though.

Swift also holds the record for most wins of any female artist ever, can you say hell yeah women empowerment?! Speaking on the honoree, Dick Clark Productions released a statement saying “Taylor’s impact on music this decade is undeniable and her performances on the American Music Awards have been truly spectacular.”

The continued, “We’re thrilled to honor her as our Artist of the Decade and can’t wait for her to blow everyone away with an epic, career-spanning performance unlike any other!” And guess what? That’s not all!

Taylor is also up for FIVE awards this year including Favorite Music Video for the hit ‘You Need To Calm Down,’ and Artist of the Year. The singer is keeping details surrounding the special performance of her greatest hits a secret, but one can only hope we’ll be hearing all the classics we love so much.

Take a peek at the promo for Taylor’s award below!