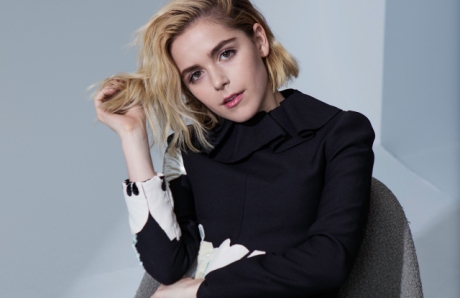 Get to know the new (and fab) Sabrina!

Kiernan Shipka is on a mega-promo schedule for her new Netflix show, “Chilling Adventures of Sabrina,” and stopped by Build Series to chat about the new show and everything in between.

While talking with Build, Kiernan revealed that she found out she got the role last November before Christmas, and said that it was like “an early Christmas present” for her.  She also discussed filming the show and how much hard work it is when they start filming around 4-5 PM and “end when the sun is coming up the next day.”

Be sure to check out the new show + watch Kiernan’s interview with Build below!