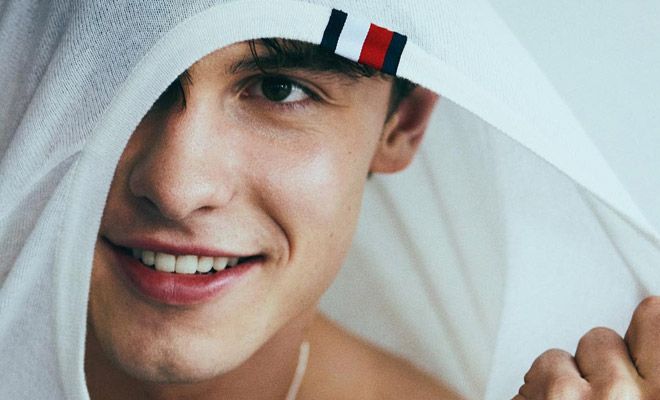 Shawn isn’t holding back for his new interview with “Wonderland.”

The summer 2018 issue of “Wonderland” is here and features Shawn Mendes as their cover star. The nineteen year old singer revealed struggling with anxiety within his music is something that’s  bit tough for him to deal with and also talked about his newest album.

“It was absolutely terrifying, I was thinking, what if people say, ‘Why is he making sad songs? We like his songs about love.’ I was terrified, then I realized it’s not about that,” Shawn revealed to the magazine.  He continued on about how he was wrong with his worries, saying “The day after it came out, I started getting messages from fans, friends and family about how important it was to them. You know, I couldn’t be happier.”

Be sure to get the latest issue of “Wonderland” here and check out the behind the scenes video from Shawn’s photoshoot with the magazine below.

You might not see this, but it’s worth a shot. I just wanted to tell you I was thinking of you @britneyspears 💕 You have done more than you could ever imagine for me and I just hope you know how much I appreciate you. You’re a normal person just like me, but you were the one thing that always got me through the hard times… even to this very moment when I struggle, you are always there. I just hope you never forget how much you are loved and valued by so many. Not because of what your name is or what status you are, but because of your heart. You are one of the kindest and most genuine people I have ever met and I am so thankful to call you my hero. Wherever you are and whatever you’re doing, I just hope you’re smiling. I’m sending you my love and well wishes! Maybe one day we can get coffee and talk ☕️, but until then… a hope to see you soon!! Xoxo 🌹💋
She sleeps like this every night!!! 🙄🤣
Happy birthday to my number one man, my first crush, and the icon that is you, @harrystyles.
🚂🚂🚂🚂🚂🚂🚂🚂🚂
Happy birthday to the cherry on top of my ice cream 🍦 The cheese to my pizza 🍕 and the Madonna to my Britney 💅 I love you to the moon and back. You are one of a kind and I don’t know what I’d do if I didn’t have someone like you beside me. You’ve never left and when shit has hit the fan, you’re still there. I appreciate you and love you more talk you know. You are simply the best and I hope you never forget that. Happy birthday my sweet Bree… I love you 💕💕💕