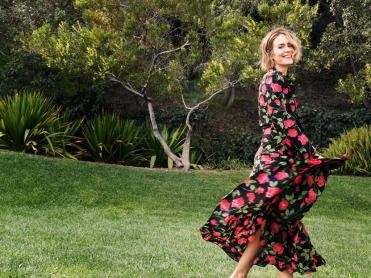 Sarah Paulson is glowing on the cover of S Magazine!

It’s no surprise that Sarah Paulson looks as incredible as she does on this new cover, she is beyond gorgeous. The actress talked with the magazine for their newest issue, that’s available now, about choosing roles, her new Ocean’s 8 film, and more.

When asked about her role in Ocean’s 8, Sarah described her character isn’t really like any of the others, but really unique. She said “They did a really wonderful job of giving every character not only a specific skill set that makes them an asset to Debbie Ocean’s team to pull off this heist, but they all have very distinct personalities.”

Sarah then continued to say “The thing that separates me from the other women is that I’m the only one in the movie who’s a mother. I have a few small children, and so pulling this job takes me away from them. We don’t really learn about what the other characters’ responsibilities are outside of the job they’re doing as directly as we do with Tammy so that was an extra thing from my storyline that was really fun to play.”