As if we couldn’t love her enough already…

Gwyneth Paltrow didn’t just serve looks at Elle’s 2019 Women in Hollywood event last week, she also gave some major inspiration to all the bad ass women in this world with an incredible speech that will touch your heart.

The health and wellness mogul, who is featured in Elle‘s November issue, gave some words of wisdom encouraging women to stop waiting for approval and to “unlock their power” all while praising her team of women at goop.

“I would just say, I’ve been so astonished, I have a company now of 250, mostly women, and go to work every day and see what’s possible when women put their heads together and the hearts together. We have kids to get home to and a life and whatever, it’s fine. But I would just say that it’s so important to always remember what we’re capable of, especially together.”

She concluded, “Women are so unbelievably powerful,” she says. “I think we’re just living in a time now when we’re really starting to unlock that power and we are giving ourselves the permission to unlock our power, we’re not waiting for that permission anymore. So it’s really an honor to be in this room and with all of you. And I thank all my girlfriends for being with me tonight, I love you all so much.”

What an inspiration, right?! The world needs women-empowerment now more than ever and it’s great to see that Gwyneth is in full force action with that. Here’s to all the women and girls in the world… you make this world what it is!

GP can be found in Elle‘s November issue, on newsstands now! 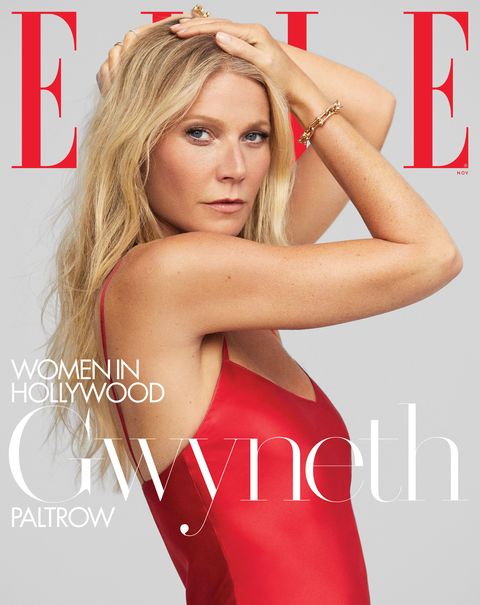