Get ready for these guys, they’re headed on the road!

The Chainsmokers have officially announced their 2019 world tour, ‘World War Joy,’ after much speculation that they’d be hitting the road this year. Joining the duo on stage this fall will be Lennon Stella and 5 Seconds of Summer!

While only forty-one US cities have been announced so far, many outlets are reporting they will take the tour overseas following the final dates of the US leg. The tour will kick off in Cincinnati and will continue to Boston, Toronto, Miami, New York City, and Los Angeles before wrapping up in Vancouver in Dec.

Tickets are now on sale, via Live Nation, and also contain multiple VIP packages to make your night even better. Check below for a full list of tour dates and don’t miss the guys this fall on their 2019 tour! 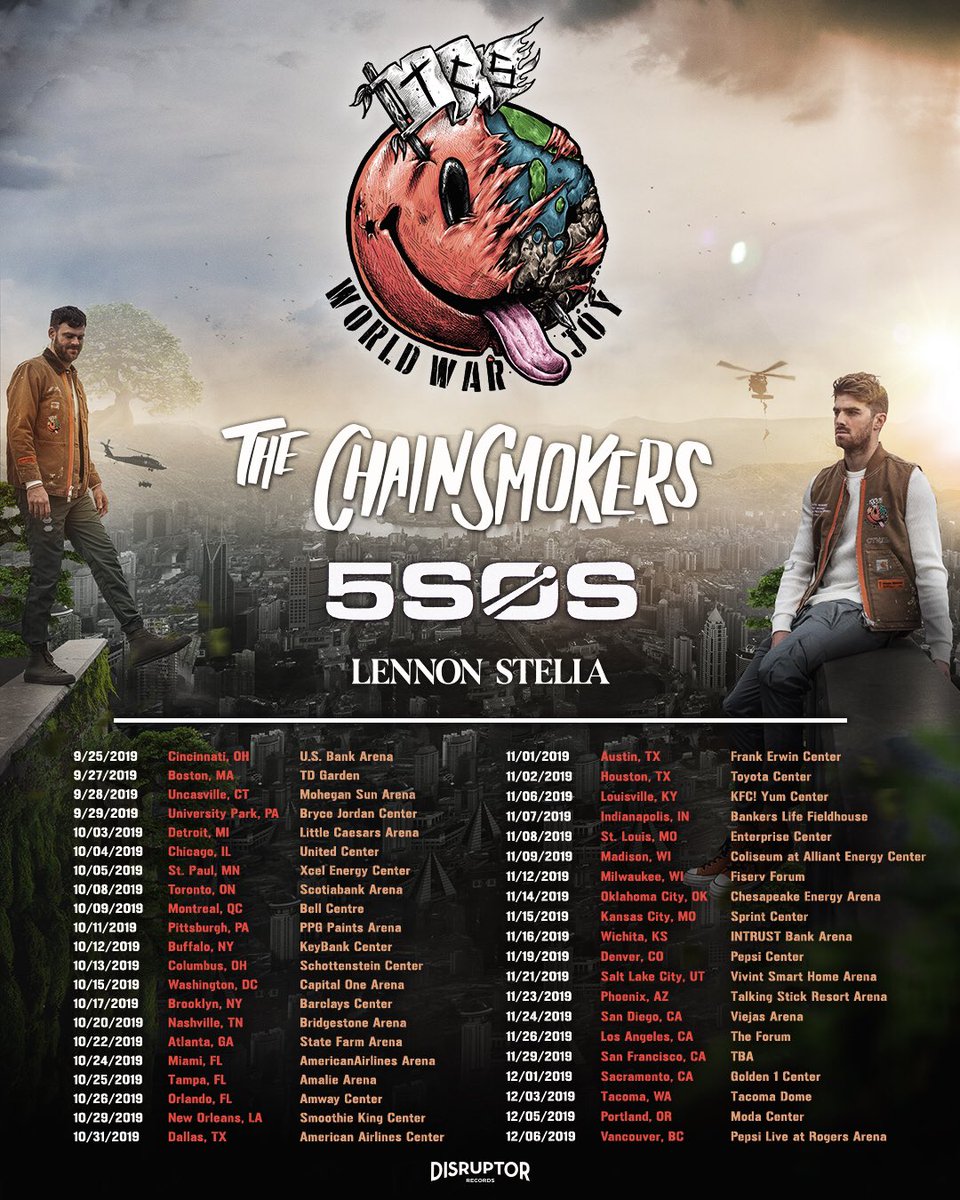