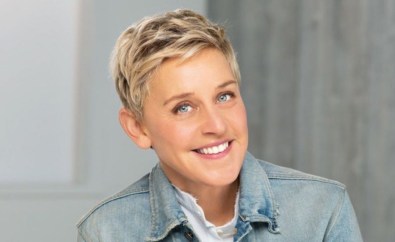 The TV Queen is now taking over Netflix!

Last week at her season sixteen premiere of The Ellen DeGeneres Show, Ellen officially announced and confirmed she’s heading to Netflix. The talk-show host and comedian revealed that the comedy special will air exclusively to Netflix in December and will be called ‘Relatable,’ something we all know Ellen is!

“I mentioned that I worked a lot over the summer. What I did was I went back to stand-up. I didn’t do stand-up for 15 years and I decided… I just all of a sudden was like I miss stand-up, I want to do it. So I made a deal with Netflix,” Ellen said to her audience.

She continued,  I was working on stand-up all summer. I taped it in Seattle. This is the Benaroya Hall where I was. It was so much fun. I loved it so much. The audiences were great, Seattle was great and I’m so excited to share this with you all,” she concluded in her opening monologue.

Ellen’s stand up comedy special, ‘Relatable,’ will hit Netflix on December 19th. Check out the full announcement from Ellen’s show below!