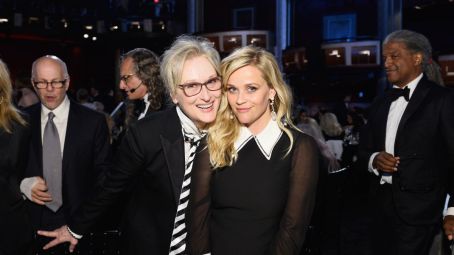 Leave it to Reese to spill that tea, lol!

Reese Witherspoon is spilling the tea on season two of her show, “Big Little Lies,” and it’s not just the tea from her new book, “Whiskey In a Teacup.” The actress sat down with Jimmy Fallon this past week to chat about the show, her new book, and life…and she revelead just how her friend, Meryl Streep, hopped on the HBO show series!

“She called us the day of the Golden Globes and said, ‘Well, I know your show is really struggling,’ which it wasn’t, ‘So I’ve decided to join and make it even better,’” Reese said while laughing. She also confirmed that Meryl will be in EVERY episode of season two….BIG YES! Meryl is such a legend, and obviously so is Reese, but that is so cool.

Check out the full clip below!