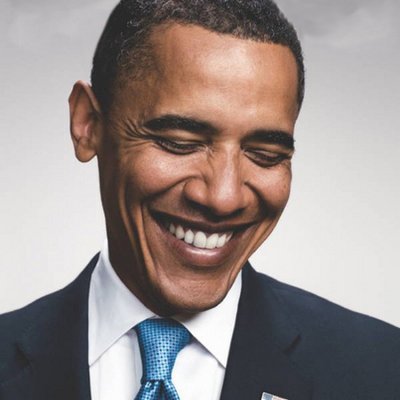 Barack Obama continued his tradition this year sharing his favorite books and songs of 2017, and it’s pretty interesting! Mr. Obama took to Facebook and wrote: “During my presidency, I started a tradition of sharing my reading lists and playlists. It was a nice way to reflect on the works that resonated with me and lift up authors and artists from around the world. With some extra time on my hands this year to catch up, I wanted to share the books and music that I enjoyed most. From songs that got me moving to stories that inspired me, here’s my 2017 list — I hope you enjoy it and have a happy and healthy New Year.”

Check out both lists below!

The best books I read in 2017:
The Power by Naomi Alderman
Grant by Ron Chernow
Evicted: Poverty and Profit in the American City by Matthew Desmond
Janesville: An American Story by Amy Goldstein
Exit West by Mohsin Hamid
Five-Carat Soul by James McBride
Anything Is Possible by Elizabeth Strout
Dying: A Memoir by Cory Taylor
A Gentleman in Moscow by Amor Towles
Sing, Unburied, Sing by Jesmyn Ward
*Bonus for hoops fans: Coach Wooden and Me by Kareem Abdul-Jabbar and Basketball (and Other Things) by Shea Serrano

My favorite songs of 2017:
Mi Gente by J Balvin & Willy William
Havana by Camila Cabello (feat. Young Thug)
Blessed by Daniel Caesar
The Joke by Brandi Carlile
First World Problems by Chance The Rapper (feat. Daniel Caesar)
Rise Up by Andra Day
Wild Thoughts by DJ Khaled (feat. Rihanna and Bryson Tiller)
Family Feud by Jay-Z (feat. Beyoncé)
Humble by Kendrick Lamar
La Dame et Ses Valises by Les Amazones d’Afrique (feat. Nneka)
Unforgettable by French Montana (feat. Swae Lee)
The System Only Dreams in Total Darkness by The National
Chanel by Frank Ocean
Feel It Still by Portugal. The Man
Butterfly Effect by Travis Scott
Matter of Time by Sharon Jones & the Dap-Kings
Little Bit by Mavis Staples
Millionaire by Chris Stapleton
Sign of the Times by Harry Styles
Broken Clocks by SZA
Ordinary Love (Extraordinary Mix) by U2
*Bonus: Born in the U.S.A. by Bruce Springsteen (not out yet, but the blues version in his Broadway show is the best!)

Happy birthday to my number one man, my first crush, and the icon that is you, @harrystyles.
Anyone else in a funk? Instagram is a public diary for me and what I love most about it is that you can connect with someone in the matter of a click. I don’t like to post just the good stuff in life, because life isn’t just rainbows and butterflies (I wish it was) 🌈 🦋 I’ve been struggling lately and I’m sure I’m not alone. It seems like a lot of people have been in a funk and I think that’s why I wanted to share this 🤷‍♂️ I have a great therapist, but at the end of the day it comes down to how I feel about myself… what I like, what I don’t, what I wish I looked like; etc.
🚂🚂🚂🚂🚂🚂🚂🚂🚂
Happy birthday to the cherry on top of my ice cream 🍦 The cheese to my pizza 🍕 and the Madonna to my Britney 💅 I love you to the moon and back. You are one of a kind and I don’t know what I’d do if I didn’t have someone like you beside me. You’ve never left and when shit has hit the fan, you’re still there. I appreciate you and love you more talk you know. You are simply the best and I hope you never forget that. Happy birthday my sweet Bree… I love you 💕💕💕
Going through some childhood projects and look who’s always been there 💕