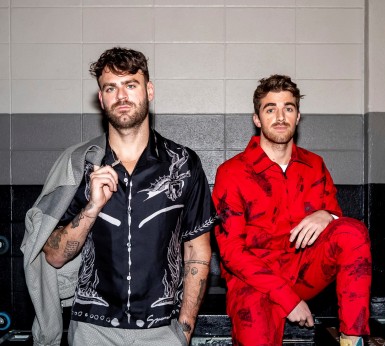 The Chainsmokers have done it again with the release of their new album, “World War Joy,” which dropped today. The album has made its way through 2019 with one song at a time leading up to the release of the LP with four brand new unreleased songs.

The album also features the guys most popular singles of the year including “Takeaway” with ILLENIUM + Lennon Stella and “Call You Mine” featuring Bebe Rexha, which have both been certified Gold. Their collaboration with 5 Seconds of Summer, “Who Do You Love,” which was a Platinum-certified Top 10 single, is also featured on the record.

In anticipation for the album release, Alex and Drew have spent the past few months on their majorly successful and massive “WORLD WAR JOY” North American headline arena tour. The tour features Lennon Stella and 5 Seconds of Summer as featured acts and will wrap up tonight in Vancouver, BC. 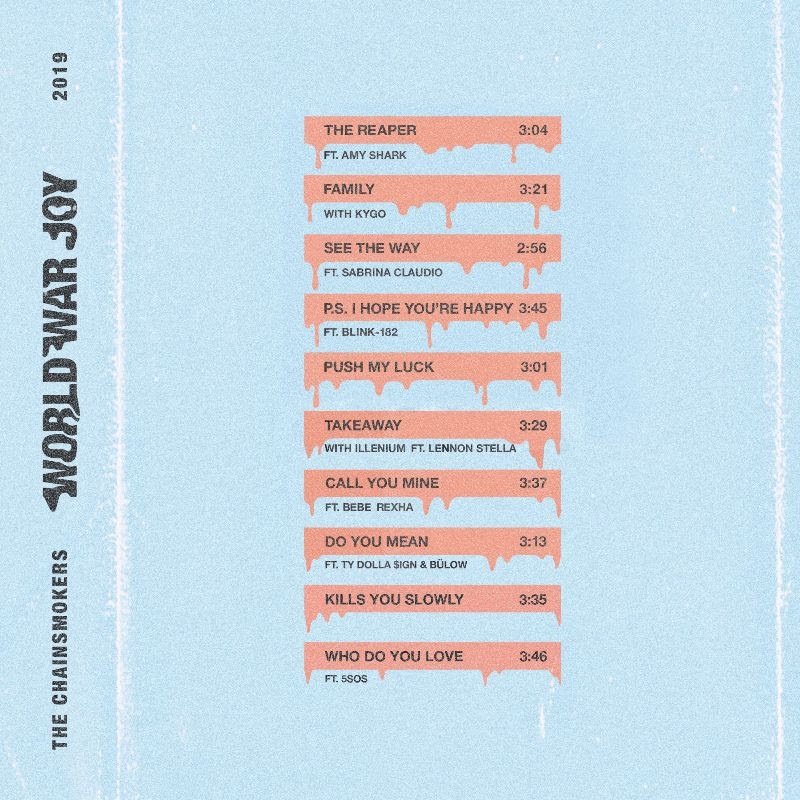