Talk about pretty in pink!

Iggy Azalea is gracing the September issue of Cosmopolitan, but she’s also getting candid about the side of her the world doesn’t know. The rapper opened up to the magazine about making her way back into music, leaving big-name record labels, and the time in her life where she went to a mental health retreat.

“You get as many shots as you are able to persevere for in life, no matter what you do,” Iggy says on her comeback. “You get as many chances as you’re willing to sit there and fucking really fight for it tooth and nail. And I’m not going to stop fighting for a second chance until somebody fucking gives me one, and then I’m not going to fuck it up.”

Speaking on when she was encouraged by her team to check into a mental health retreat two years back, the twenty-nine-year-old says “They just didn’t want me to fuck up my own life.” She continued, “basically…I just couldn’t get out of functioning at this insanity level. Where you’re like, Whoa, hold on, don’t operate the vehicle. The whole thing was very overwhelming.”

For more Iggy and her time with the magazine, click here! 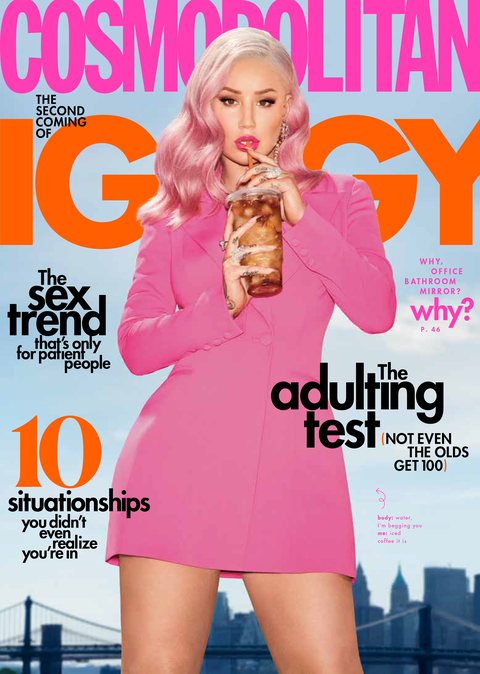