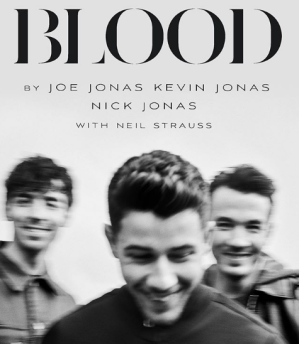 The Jonas Brothers won’t be stopped for their 2019 comeback and takeover. Not even a full year and Nick, Joe, and Kevin Jonas have announced a comeback album, tour, documentary, and now? A new memoir called ‘Blood,’ which will hit bookstores this November.

According to Billboard, “the memoir will “delve into the band’s formation, rise to stardom, breakup in 2013 and reconciliation as a music group earlier this year.” Joe Jonas said an exclusive press release that he and his brothers are ready to tell the full story of the journey they’ve “had as individuals, as artists, and as a family.”

The trio will release their highly anticipated album, ‘Happiness Begins,’ this Friday and will then kick off their massive 40-date North American tour this August in support of the new album. Tickets and tour dates can be found here!