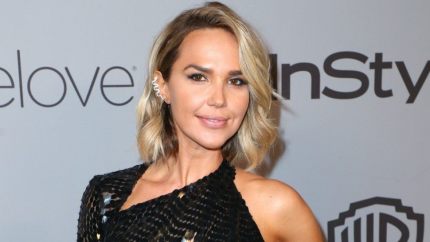 Congratulations on the new role, Arielle!

Arielle Kebbel just got an exciting new role, a role that was originated by Angelina Jolie! The actress will star in a new NBC pilot called ‘Lincoln,‘ which is based off of the series of books by Jefferey Deaver called “Bone Collector.”

Starring alongside Arielle in the pilot will be ‘The Hate U Give‘ star, Russel Hornsby; the role that was first played alongside Angelina by Denzel Washington. Deadline broke the news and information about the show last week, take a look at the story line below!

“Lincoln’follows legendary forensic criminologist Lincoln Rhyme (Hornsby), who was seriously injured during his hunt for the diabolic serial killer known as the Bone Collector.

Called back into action when the killer re-emerges, Lincoln forms a unique partnership with Amelia Sachs (Kebbel), a young beat cop who helps him hunt the deadly mastermind while also taking on the most high-profile cases in the NYPD.”

While no further details have been revealed yet, more info is expected and likely to come within the following weeks and month.