The power couple just did their first ever cover shoot together!

Kylie Jenner and Travis Scott are serving looks for their first ever magazine cover, GQ‘s August 2018 issue. Discussing how their love story started, making it work, and that “Kardashian Curse” the media loves to talk about.

Kylie reveled that Travis doesn’t like showcasing their relationship like most celeb couples do saying “I know he doesn’t like the attention. That’s why we keep our relationship super private, or like, if he has events or something, I won’t come.”

She continued on to talk about how a fight between the two made her hop on a flight to go see him saying I just flew to Houston to see him for a few hours cause we were fighting, and I was like, I just need to go, I didn’t tell anyone where or why…I was like, ‘I just need to go and fix this and go back.”

Oh and that supposed “Kardashian curse?,” Kylie doesn’t care. “They come and can’t handle it. I know these stories aren’t going to matter, so don’t even let them affect you, you know?…It’s not just men—it’s friends, it’s people who come and just don’t know how to handle it. It’s the negative. There’s a lot of people who love us, but there’s also a huge handful of people who don’t like us.”

For more on Kylie and Travis’ cover shoot, click here. 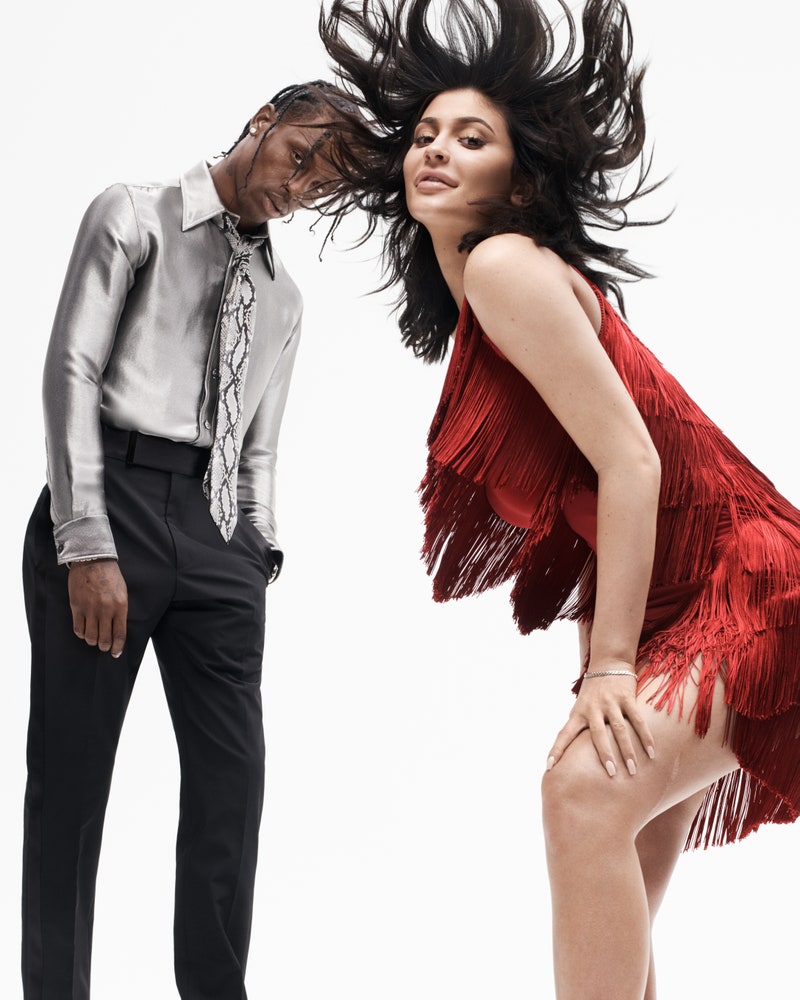